In Support of Josemaria Islas: A Letter to the Public Advocate for ICE 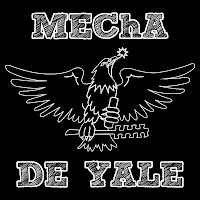 On behalf of MEChA de Yale, I urge you to review and close the deportation case of Mr. Islas before his removal hearing on February 21, 2013. He is a valued member of the New Haven, Connecticut community, and his detention has caused widespread outcry in our state.

MEChA, or Movimiento Estudiantíl Chicano de Aztlán (Chicano Student Movement) is a social justice organization focused primarily on issues affecting Hispanic communities both locally and nationally. Nationally, there are upwards of 300 MEChA chapters, from the East Coast to Texas to California and Colorado. In the Yale University chapter alone we have more than 40 members, and our mailing list reaches over 150 Yale undergraduates, professors, and administrators each week. Here in New Haven, MEChA de Yale has focused on racial profiling, education reform, wage theft and immigration reform, by participating in meetings at Mayor DeStefano’s office, organizing large rallies, writing for the Yale Daily News and regularly hosting panels with other Yale groups such as the Yale College Democrats and the Black Student Alliance at Yale to raise campus awareness.

We have met Mr. Islas (he is also scheduled to speak at a panel on immigration reform being held at Yale in two weeks) and we are shocked and angered that he is still in the deportation process. Mr. Islas is innocent of committing any crime, and he is the last person we should be spending taxpayer’s dollars on to deport. This is why we will all be out in full force at his hearing next Thursday in Hartford to support him and his family in this difficult, frightening and upsetting time.

Mr. Islas exemplifies the hard-working immigrant who has put down roots in our community. He has lived with his family in New Haven for eight years. He has worked steadily for the last four years at a factory, while financially supporting his sister, nephews and niece, with whom he lives.

We are deeply troubled that Mr. Islas is in deportation proceedings because he was racially profiled, arrested and jailed for a crime that he did not commit. The stated goal of Secure Communities is to deport criminals, not innocent people wrongly accused like Mr. Islas. He and his family have suffered enough.

Furthermore, Mr. Islas’s removal would make it clear that Connecticut immigrants cannot feel safe interacting with the police. We want the public to feel safe contacting police, especially to report crimes. His removal would be disastrous for this state, not to mention for his family and his large community of supporters.

President Obama is now advocating for a path to citizenship for the millions of people just like Mr. Islas who may have entered or stayed in the United States without permission but otherwise have contributed to society and abided by the law. We believe that Mr. Islas’s significant contributions to our community, his ties to family in Connecticut, and his non-existent criminal record outweigh any civil immigration infractions he may have committed.

We urge you again to grant Prosecutorial Discretion in Mr. Islas’s case.